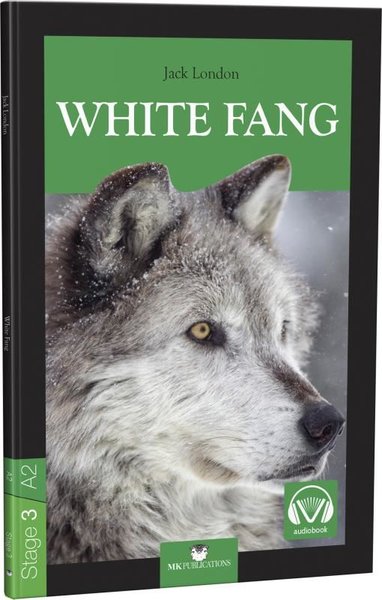 White Fang was born in a frozen world of Canada. During his cubhood, he has to be strong in order to survive in the harsh conditions of the Northland. He is half dog and half wolf, whose spirit cannot be broken by the dangers of the wild life. He lives with his mother and learns the rules of survival day after day. But one day his life took a sudden and unexpectant twist – he meets Indians who seem to be the gods of everything. White Fang and his mother start to live in the Indian camp, where they lose their freedom and independence once and for all. In course of time, White Fang loses his mother unfairly. Grey Beaver becomes his god-master, who demands obedience and loyalty in spite of everything.

Due to crafty cunning, White Fang becomes a slave of a very cruel man named Beauty Smith. White Fang just follows the law of his life – kill the weak and obey the strong.

… This is an unbelievable story which shows us a strong spirit, loyalty, love and willpower of animal from the Wild.