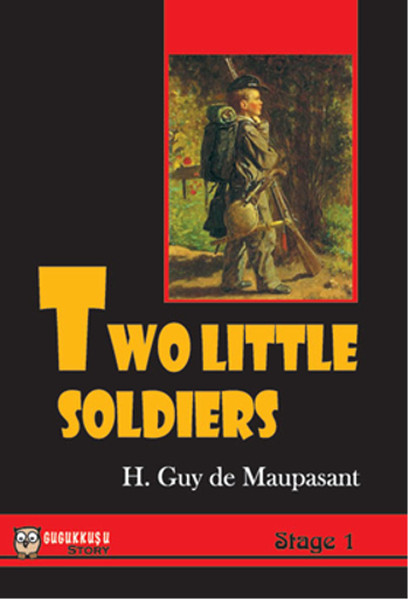 
Every Sunday, as soon as they were free, the little soldiers would go for a walk. They turned to the right on leaving the barracks, crossed Courbevoie with rapid strides, as though on a forced march. Then, as the houses grew scarcer, they slowed down and follwed the dusty road which leads to Bezons.

They were small and thin, lost in their ill fitting capes, too large and too long, whose sleeves covered their hands. Their ample red trousers fell in folds around their ankles. Under the high, stiff shako one could just barely perceive two thin, hollow cheeked Breton faces, with their calm, naive blue eyes.

They never spoke during their journey, going straight before them, the same idea in each one's mind taking the place of conversation. For at the entrance of the little forest of Champioux they had found a spot which reminded them of home. They did not feel happy anywhere else.

At the crossing of the Colombes and Chatou roads, when they arrived under the trees, they would take off their heavy, oppressive haedgear and wipe their foreheads. They always stopped for a while on the bridge at Bezons, and looked at the Seine. They stood there several minutes, bending over the railing, watching the white sails, which reminded them of their home, and of the fishing smacks leaving for the open.