Traders, Guns and Money: Knowns and Unknowns in the Dazzling World of Derivatives 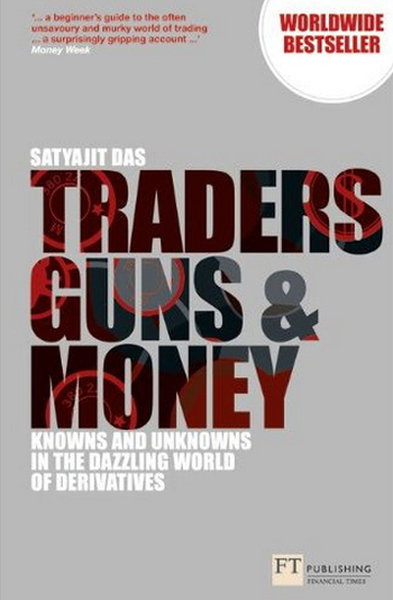 Traders, Guns and Money: Knowns and Unknowns in the Dazzling World of Derivatives


A sensational and compelling insider's view that lifts the lid on the fast-paced and dazzling world of derivatives, now in a smaller, paperback format. Traders Guns and Money is a wickedly comic expose of the culture, games and pure deceptions played out every day in trading rooms around the world. And played out with other people's money. This sensational insider's view of the business of trading and marketing derivatives, explains the frighteningly central role that derivatives and financial products played in the global financial crisis. This worldwide bestseller reveals the truth about derivatives: those financial tools memorably described by Warren Buffett as 'financial weapons of mass destruction'. Traders, Guns and Money will introduce you to the players and the practices and reveals how the real money is made and lost. 'The sexier side of finance ...at last ...a convincing picture of what life is like in today's modern financial industry.' Corporate Financier '...more riveting than the Da Vinci Code...in the mould of Liars' Poker...an insider's account of how derivatives markets work...' Goola Warden
The Edge