This Machine Kills Secrets: How WikiLeakers, Hacktivists, and Cypherpunks Are Freeing the World's In 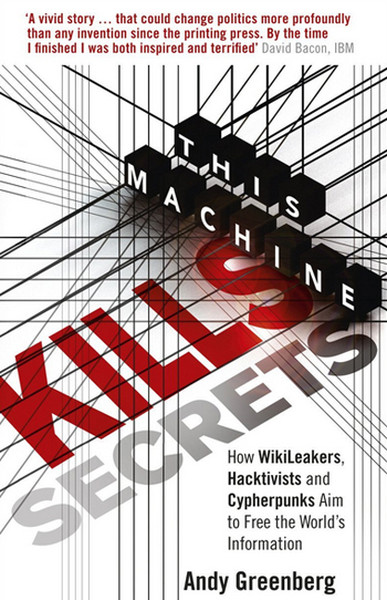 This Machine Kills Secrets: How WikiLeakers, Hacktivists, and Cypherpunks Are Freeing the World's In


Young men and women who grew up in the digital age are expressing their dissatisfaction with governments, the military and corporations in a radically new way. They are building machines - writing cryptographic software codes - that are designed to protect the individual in a cloak of anonymity, while institutional secrets are uploaded for public consumption. This movement is shining a light on governments' classified documents and exposing abuses of power like never before. From Australia to Iceland - organisations like Wikileaks, Openleaks, and Anonymous are just some of the more familiar groups that are enabling whistleblowers and transforming the next generation's notion of what activism can be. The revolution won't be televised. It'll be online. Andy Greenberg, technology writer for "Forbes" magazine, has interviewed all the major players in this new era of activism including Julian Assange - and blows the cover of a key activist, previously only presumed to exist, named The Architect who accomplished for at least two leak sites exactly what his name implies. In "This Machine Kills Secrets", Greenberg offers a vision of a world in which institutional secrecy no longer protects those in power - from big banks to dysfunctional governments. A world that digital technology has made all but inevitable.