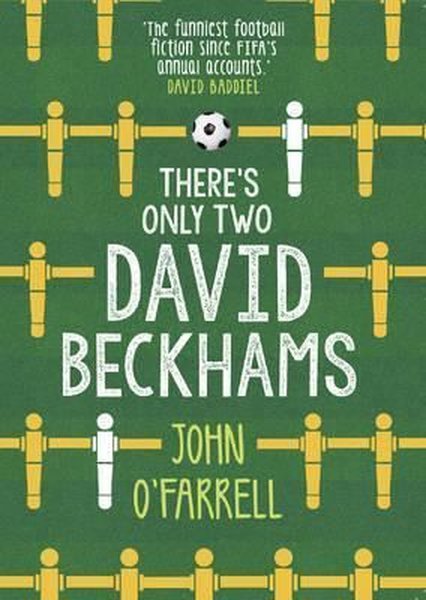 Re-live the glory and the heartache of England's greatest ever game - and THAT World Cup Final back in 2022.

Well now it's 2022 and the discussion is finally over, England have eleven players as good as any of them. The unbeatable national team have reached the final of the Qatar World Cup. But one journalist is convinced there is a scandalous secret behind England's incredible form. His lifetime's dream is to see the Three Lions win the World Cup. But if he pursues and exposes the shocking truth, his beloved England could be sent home in disgrace.

Suddenly this is much more than England vs Germany; it's Love vs Duty, it's Truth vs Happiness.
The pressure of the penalty shoot-out is nothing compared to this.

There's Only Two David Beckhams is John O'Farrell's love-letter to football; part-detective story, part-sports memoir, part-satire on the whole corrupt FIFA circus; it just made the final for the funniest football fiction ever written...