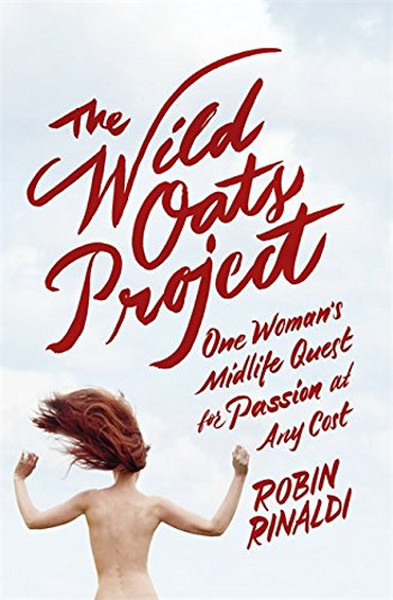 A testament to how far feminism has taken us all...her search for sexual nirvana is hugely refreshing. The Sunday Times

A revealing...quest for sexual meaning The Independent

The project was simple: Robin Rinaldi, a successful magazine journalist, would move into a San Francisco apartment, join a dating site, and get laid. Never mind that she already owned a beautiful flat a few blocks away, that she was forty-four, or that she was married to a man she'd been in love with for eighteen years. What followed-a year of abandon, heartbreak, and unexpected revelation-is the topic of this riveting memoir, The Wild Oats Project.

Monogamous and sexually cautious her entire adult life, Rinaldi never planned on an open marriage -her priority as she approached midlife was to start a family. But when her husband insisted on a vasectomy, something snapped. If I'm not going to have children, she told herself, then I'm going to have lovers. During the week she would live alone, seduce men (and women), attend erotic workshops, and partake in wall-banging sex. On the weekends, she would go home and be a wife. Her marriage provided safety and love, but she also needed passion, and for that she was willing to go outside of it.

At a time when the bestseller lists are topped by books about eroticism and the shifting roles of women, this brave, brutally honest memoir explores how our sexuality defines us, how it relates to maternal longing, and how we all must walk the line between loving others and staying true to ourselves. Like the most searing memoirs-Cheryl Strayed's Wild, Mary Karr's The Liars' Club-The Wild Oats Project challenges our sensibilities, rendering truths we all can recognize but which few would dare write down.