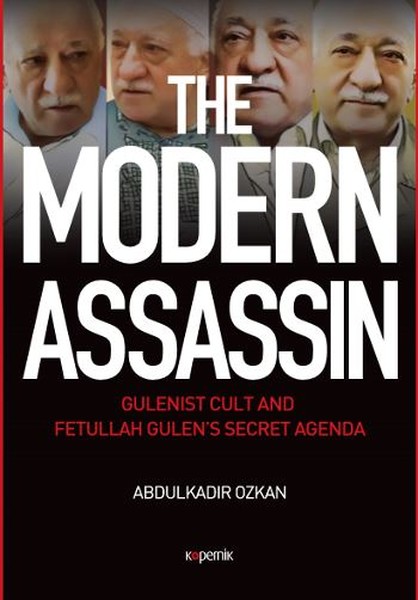 This is not a biographical work or memoir.  It is a expansive news file created after a meticulous study, that reveals the true nature of a mysterious individual who left his imprint on Turkish public and political life.

This is the story of a “preacher” that emerged in very tough times when religion and religiosity were tried to be destroyed, thinking, believing and speaking about religion were banned, and believers were obliged to look for their religion in illegal and abusive structures. This work includes an educative lesson of a person who worked as a manager for international intelligence agencies’ global Islamization project; and who sold out his country and his people for the sake of fulfilling his selfish goals. At the same time, it is exemplary and sad story of an “organization leader” that instrumentalized religion, pious people, freedom and democracy in the name of his own ‘values.’ It is the story of his sharp turns in his life, and lies and paradoxes on which he built his life. It is a horrific story of the modern version of Hassan Sabbah’s bloody empire which built everything on lies, and in which radical Islam evolved into moderate Islam, eventually turning into a terrorist organization that has dark and uncanny relations.

In this work, which is based on careful examination of numerous Turkish and international sources on Fetullah Gülen, you will read Gülen’s paradoxical rhetoric, principles of his secrets, his ambition for power and authority, and his affection for intelligence (espionage). In this work you will also find important segments from the paradoxical life of Gülen, who emptied the meaning of all traditional and modern concepts; who he does not feel the need to hide his admiration for the West, and who explained all of his controversial political and religious statements with convenience. The last section will discuss Gülen’s report card on democracy, and who are behind the rising Anti-Turkey sentiments in the West after 15th of July.

This study does not aim to cover the life story of Fethullah Gülen in full. It is an important mission to document this dangerous character who built all of his life on paradoxes, and to protect mankind from similar dangers.