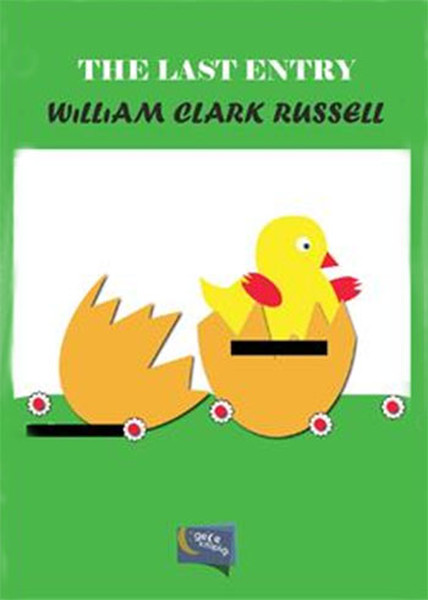 
"The Last Entry" is a rattling good salt-water yarn, told in the author`s usual breezy, exhilarating style.`Daily Mail. `In this new novel Mr. Russell has cleverly thrown its events into the year 1837, and there are one or two ingenious passages which add to the Diamond Jubilee interest which that date suggests.... "The Last Entry" is as certain of general popularity as any of Mr. Russell`s former tales of the marvels of the sea.`Glasgow Herald. `We do not think it possible for anyone to dip into this novel without desiring to finish it, and it adds another to the long list of successes" This story belongs to the year 1837, and was regarded by the generations of that and a succeeding time as the most miraculous of all the recorded deliverances from death at sea.

It may be told thus: Mr. Montagu Vanderholt sat at breakfast with his daughter Violet one morning in September. Vanderholt`s house was one of a fine terrace close to Hyde Park. He was a rich man, a retired Cape merchant, and his life had been as chequered as Trelawney`s, with nothing of romance and nothing of imagination in it. He was the son of honest parents, of Dutch extraction, and had run away to sea when about twelve years old.

Nothing under the serious heavens was harsher, more charged with misery, suffering, dirt, and wretchedness, than seafaring in the days when young Vanderholt, with an idiot`s cunning, fled to it from his father`s comfortable little home. He got a ship, was three years absent, and on his return found both his father and mother dead. He went again to sea, and, fortunately for him, was shipwrecked in the neighbourhood of Simon`s Bay.

The survivors made their way to Cape Town, and presently young Vanderholt got a job, and afterwards a position. He then became a master, until, after some eight or ten years of heroic perseverance, attended by much good luck, behold Mr. Vanderholt full-blown into a colonial merchant prince. How much he was worth when he made up his mind to settle in England, after the death of his wife, and when he had disposed of his affairs so as to leave himself as free a man as ever he had been when he was a common Jack Swab, really signifies nothing. It is certain he had plenty, and plenty is enough, even for a merchant prince of Dutch extraction.
(Tanıtım Bülteninden)