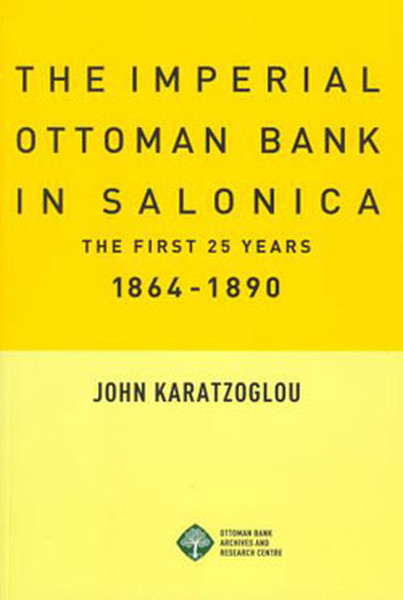 
Winner of the Special Prize in the Ottoman Bank Archives and Research Centre's competition unveiling the history of Turkish banking and finance in 2001, John Karatzoglou's The Impreial Ottoman Bank in Salonica; The First 25 Years (1890-1890) reconstructs the atmosphere in this branch of the bank in the late nineteenth century. The second largest Ottoman city in the European part of the Empire, Salonica was a vibrant city where Muslims, Christians, and Jews lived and worked together. Like the city, the local branch of the Ottoman Bank reflected the cosmopolitan atmosphere of the Empire. Based on data from the Ottoman Bank's personnel archives from the Salonica branzch, Karatzoglou has pieced together profiles of the employees, their positions, and their experiences in the bank. He produces the flavor of a local society on the eve of momentous change.