The Hotel on Place Vendome: Life Death and Betrayal at the Hotel Ritz in Paris 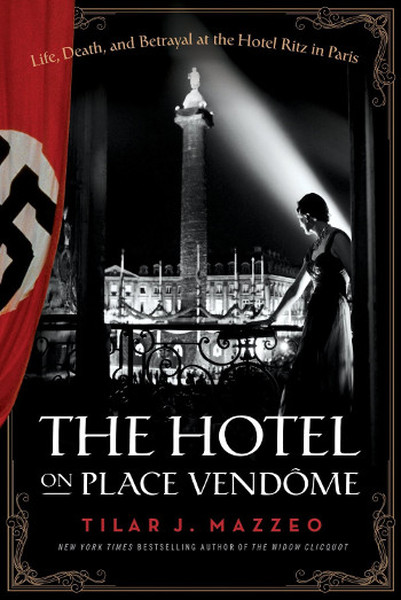 The Hotel on Place Vendome: Life Death and Betrayal at the Hotel Ritz in Paris

The Hotel on Place Vendome: Life Death and Betrayal at the Hotel Ritz in Paris Kitap Açıklaması


Set against the backdrop of the Nazi occupation of World War II, The Hôtel on Place Vendôme is the captivating history of Paris's world-famous Hôtel Ritz-a breathtaking tale of glamour, opulence, and celebrity; dangerous liaisons, espionage, and resistance-from Tilar J. Manzeo, the New York Times bestselling author of The Widow Clicquot and The Secret of Chanel No. 5

When France fell to the Germans in June 1940, the legendary Hôtel Ritz on the Place Vendôme-an icon of Paris frequented by film stars and celebrity writers, American heiresses and risqué flappers, playboys, and princes-was the only luxury hotel of its kind allowed in the occupied city by order of Adolf Hitler.

Tilar J. Mazzeo traces the history of this cultural landmark from its opening in fin de siècle Paris. At its center, The Hotel on Place Vendôme is an extraordinary chronicle of life at the Ritz during wartime, when the Hôtel was simultaneously headquarters to the highest-ranking German officers, such as Reichsmarshal Hermann Göring, and home to exclusive patrons, including Coco Chanel. Mazzeo takes us into the grand palace's suites, bars, dining rooms, and wine cellars, revealing a hotbed of illicit affairs and deadly intrigue, as well as stunning acts of defiance and treachery.

Rich in detail, illustrated with black-and-white photos, The Hotel on Place Vendôme is a remarkable look at this extraordinary crucible where the future of post-war France-and all of post-war Europe-was transformed.