The History And Architecture Of The Hagia Sophia 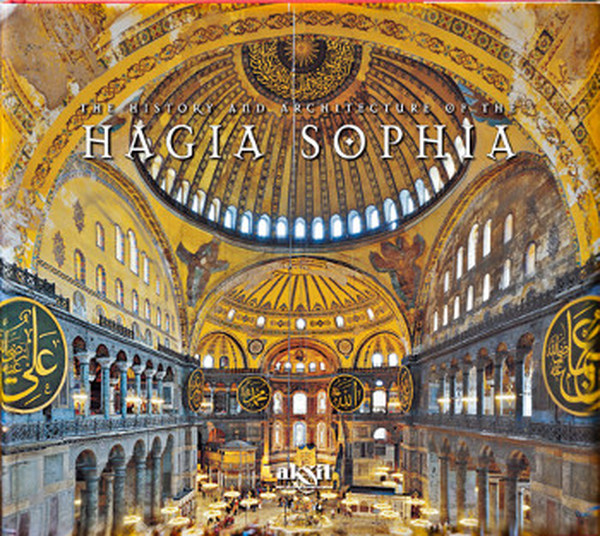 The History And Architecture Of The Hagia Sophia

The History And Architecture Of The Hagia Sophia Kitap Açıklaması


Having decorated the silhouette of Istanbul for nearly 1500 years, the Hagia Sophia has been regarded as the Eighth Wonder of the World by several scientific journals. It has become one of the most important stones in art history for the mosaics and decorations it houses. When the construction of the church, which was begun upon the order of Emperor Justinian, was completed, those who had seen it were stunned by its superior architectural features of the period and the quality of the materials used in its construction. Arriving on Christmas Day, December 27th, 537 riding a chariot pulled by four horses, Emperor Justinian inaugurated the impressive structure with the prayers of Patriarch Menas. It was to remain the heart of the Christian world as the most important church of the Eastern Roman Empire for the next 916 years. Adorned with the finest mosaics of Byzantine art, it did not take long before this structure became synonymous with Constantinople. As the pride of Christianity, the Hagia Sophia was to sustain major damage from as fires and earthquakes. However, ironically, it was the Latins who wreaked the most havoc upon the church during the 4th Crusade of 1204. Despite all the disasters that befell the city, the Hagia Sophia managed to remain intact, continuing to be the shining light of the envy of the world, The long Byzantine era concluded with the conquest of Constantinople by Sultan Mehmet Khan II in 1453, thus marking the start of the Islamic era at the Hagia Sophia. The highly reverent Ottomans carefully converted this huge house of worship into a mosque. Bearing the title 'Caliph of Islam', the sultans conducted their obligatory prayer services and religious holiday receptions here. One of the most important indications of the merit showered upon the structure during this period was the fact that some Ottoman sultans were buried here. Having served as one of the most important mosques of the Islamic world for 481 years, the Hagia Sophia's mosaics were plastered over in compliance with Islamic custom. Moreover, the Turkish works and architectural additions contributed an incomparable richness to the aura of the Hagia Sophia. A number of Byzantine era structures remain extant today thanks to the renovation studies conducted during the Ottoman era. In particular, the additions and repairs made by Mimar Sinan, as well as the periodic studies commissioned by some Ottoman sultans have contributed towards ensuring the structure maintained the same splendor when it was first built. Sultan Abdulmecit commissioned the Swiss architect, Gaspare Fossati to renovate the Hagia Sophia between 1847-1849, during which the mosaics were also repaired. The mosaics began to be cleaned and displayed in 1934 when the structure was converted into a museum. Having remained intact for practically 15 centuries, UNESCO has also placed this structure on the list of edifices that need to be preserved. We took it upon ourselves to acquaint readers of this book with the architecture, mosaics, legends and Turkish-era works of this world-famous structure. I wish to thank and offer my regards to all everyone who has contributed their time and labor towards the production of this book.
(Tanıtım Bülteninden)