The Evolution of Capitalism 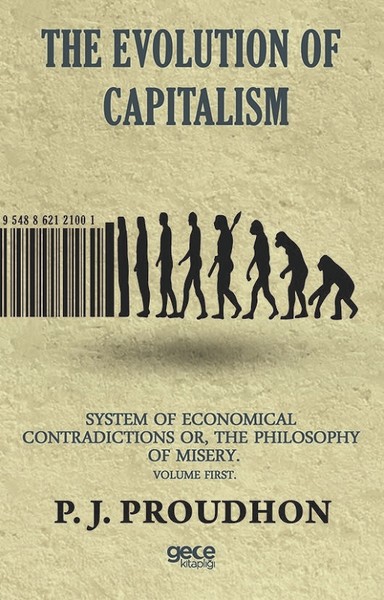 The Evolution of Capitalism

The Evolution of Capitalism Kitap Açıklaması

If I follow the God-idea through its successive transformations, I find that this idea is preeminently social: I mean by this that it is much more a collective act of faith than an individual conception. Now, how and under what circumstances is this act of faith produced? This point it is important to determine.

From the moral and intellectual point of view, society, or the collective man, is especially distinguished from the individual by spontaneity of action,—in other words, instinct. While the individual obeys, or imagines he obeys, only those motives of which he is fully conscious, and upon which he can at will decline or consent to act; while, in a word, he thinks himself free, and all the freer when he knows that he is possessed of keener reasoning faculties and larger information,—society is governed by impulses which, at first blush, exhibit no deliberation and design, but which gradually seem to be directed by a superior power, existing outside of society, and pushing it with irresistible might toward an unknown goal. The establishment of monarchies and republics, caste-distinctions, judicial institutions, etc., are so many manifestations of this social spontaneity, to note the effects of which is much easier than to point out its principle and show its cause. The whole effort, even of those who, following Bossuet, Vico, Herder, Hegel, have applied themselves to the philosophy of history, has been hitherto to establish the presence of a providential destiny presiding over all the movements of man. And I observe, in this connection, that society never fails to evoke its genius previous to action: as if it wished the powers above to ordain what its own spontaneity has already resolved on. Lots, oracles, sacrifices, popular acclamation, public prayers, are the commonest forms of these tardy deliberations of society.

This mysterious faculty, wholly intuitive, and, so to speak, super-social, scarcely or not at all perceptible in persons, but which hovers over humanity like an inspiring genius, is the primordial fact of all psychology.