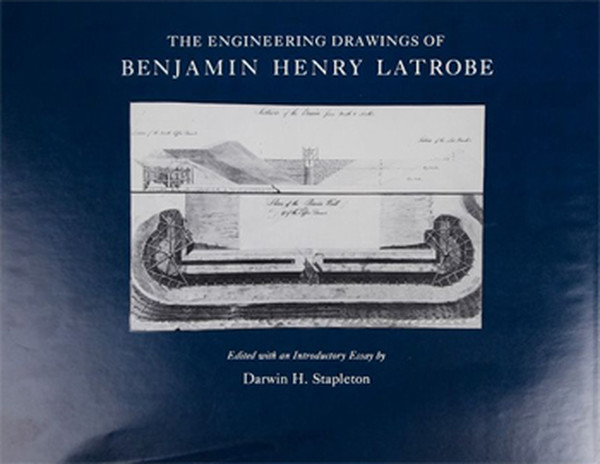 
Though he is more often remembered for his architectural achievements, Benjamin Henry Latrobe was among the foremost engineers of early 19th-century America, and designed the innovative Philadelphia Waterworks and the Washington Navy Yard steam engine. This large and beautifully illustrated monograph provides a detailed treatment of Latrobe's engineering projects as well as a major collection of early technical drawings, revealing the range of materials, power sources, and devices employed by a founder of the engineering profession in America. This edition contains an errata note.

"An impressive demonstration of Latrobe's skill as an engineer and as a delineator of engineering drawings, which enables us to see this important but heretofore more neglected side of his career and the contributions he made to the young American republic."
-Antiques-

"[This volume] provides more than a look at the sorts of concepts and techniques that dominated Latrobe's thinking; it is by far that most ambitious venture yet in publishing a collection of early American technical drawing... It stands as a major attainment in the production of a major set of books."
-Historic Preservation-
(Tanıtım Bülteninden)