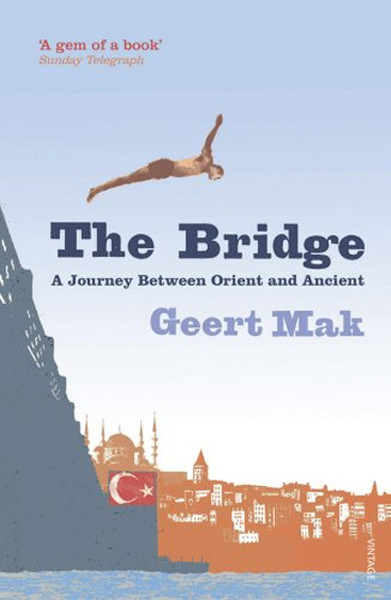 
Istanbul's Galata Bridge has spanned the Golden Horn since the sixth century AD, connecting the old city with the more Western districts to the north. But the bridge is a city in itself, peopled by merchants and petty thieves, tourists and fishermen, and at the same time a microcosmic reflection of Turkey as the link between Asia and Europe. Geert Mak introduces us to the woman who sells lottery tickets, the cigarette vendors, and the best pickpockets in Europe. He tells us about the pride of the cobbler and the tea-seller's homesickness. And he describes the role of honor in Turkish culture, the temptations of fundamentalism and violence, and the urge to survive, even in the face of despair. These stories of the bridge's denizens are interwoven with vignettes illuminating moments in the history of Istanbul and Turkey and shedding light on Turkey's relationship with Europe and the West, the Armenian question, the migration from the Turkish countryside to the city, and the demise of the Ottoman Empire.