The Bosphorus: An Illustrated Story 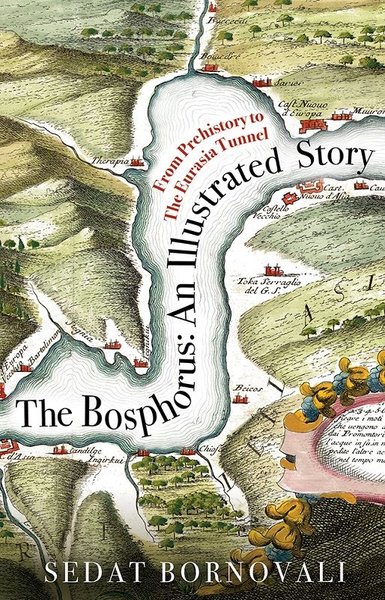 The Bosphorus: An Illustrated Story

It is a challenge to define the Bosphorus – one may call it a waterway, a natural wonder, or the site of the only city in the world connecting two continents. While one may consider its architecture, topography, history, and the relation between its residents and its nature to define a certain aspect of the Bosphorus, the question of which factors to bring together to define the Bosphorus as a whole prevails. Focusing on one or a couple of elements can mean not doing justice to the whole, yet it is quite difficult - or even unnerving - to capture all relevant factors in a harmonious narrative.

Dr. Sedat Bornovalı's book is one of those rare examples, which develops the whole in a modest volume. The author diligently weaves interesting details, augmented by specific explanations, to build a vivid picture of the Bosphorus. The buildings and their styles are described eloquently, and the historical context is delivered in a straightforward narrative to present how the legends of the Bosphorus have evolved over the years.

Dr. Sedat Bornovalı's work does not merely describe and announce the existence of various unknown or unfamiliar aspects of the Bosphorus, but rather brings forth a lively interaction of those unknown or unfamiliar aspects to create grasping narrative.As the text progresses, the interaction of social, geographical, architectural, and historical factors emerge adding layers to the reader's understanding of the Bosphorus; we can thus visualize itasa scene from a play rather than a beautiful static painting. Bornovalı's Bosphorus does not depict a scene frozen in time.

As the play unfolds, the residents of the Bosphorus, who both lived in the past and live at present, begin taking the stage. This is a work with a script and actors, both happy and sad at times. Even the exhausted lives of the past, which now lie side by side with Judas trees and cypresses, have their silent roles in this scene.

An accessible read for those unfamiliar with the topic, yet an ever-valuable and informative resource for knowledgeable scholars.