The Berlin-Baghdad Express: The Ottoman Empire and Germany's Bid for World Power, 1898-1918 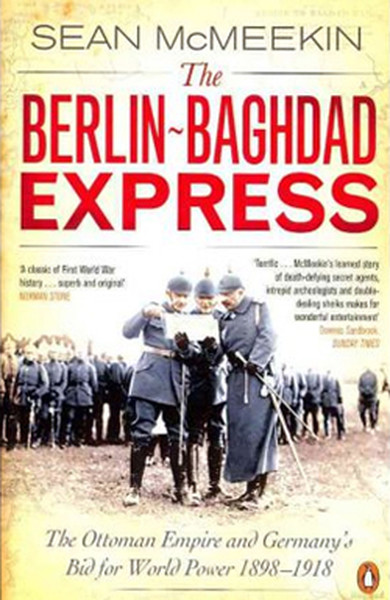 The Berlin-Baghdad Express: The Ottoman Empire and Germany's Bid for World Power, 1898-1918


"Sean McMeekin has written a classic of First World War history... This superb and original book is the reality behind Greenmantle". (Norman Stone).
"The Berlin-Baghdad Express" explores one of the big, previously unresearched subjects of the First World War: the German bid for world power - and the destruction of the British Empire - through the harnessing of the Ottoman Empire. McMeekin's book shows how incredibly high the stakes were in the Middle East - with the Germans in the tantalizing position of taking over the core of the British Empire via the extraordinary railway that would link Central Europe and the Persian Gulf. Germany sought the Ottoman Empire as an ally to create jihad against the British - whose Empire at the time was the largest Islamic power in the world. "The Berlin-Baghdad Express" is a fascinating account of western interference in the Middle East and its lamentable results. It explains and brings to life a massive area of fighting, which in most other accounts is restricted to the disaster at Gallipoli and the British invasions of Iraq and Palestine.