Tell Me the Planets: Stories of Brain Injury and What It Means to Survive 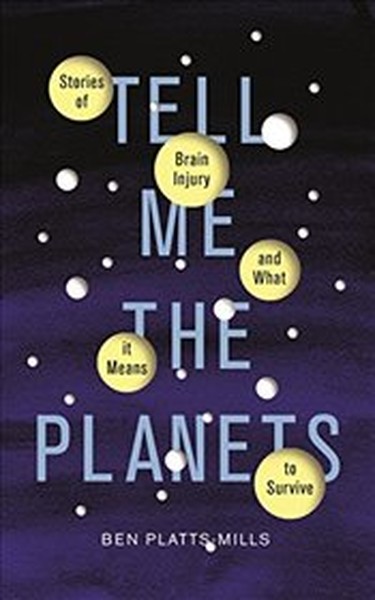 Tell Me the Planets: Stories of Brain Injury and What It Means to Survive

Tell Me the Planets: Stories of Brain Injury and What It Means to Survive Kitap Açıklaması

Matthew has a meticulously logical mind. He is intelligent, compassionate and fiercely loyal. He also has a brain injury.

When Matthew underwent surgery to remove a life-threatening cyst in the middle of his brain, he was left with extreme fatigue, a difficulty forming new memories and with a tendency to confabulate - to 'remember', with absolute conviction, events that have not occurred.

In Tell Me the Planets, Ben Platts-Mills tells stories about his work with survivors of brain injury, offering a rare glimpse into the world as seen through their eyes: charismatic Danny, whose criminal past has left him paralysed down one side, but who now helps others worse off than himself; Sid, whose memory for the present lasts only moments; and Liah, who is caught in a battle with the care system threatening to make her homeless.

But above all this is the story of the extraordinary friendship between Ben and Matthew, following their attempts to discover what has happened to Matthew's brain and how he might begin to rebuild his life. It is a journey that takes them to the frontiers of science and to the limits of human resilience: when they discover that the cyst is growing again, Matthew is left with an impossible decision to make.

'At turns heartbreaking and uplifting, this is not just a brilliant book about the survivors of brain injury, but also a vivid and unforgettable portrait of modern Britain by an extraordinarily-gifted story-teller. Ben Platts-Mills tells the stories of child-refugee Liah, ex-gangster Danny and computer geek Matthew - in hourly peril of having their sense of self annulled - with great vividness and imagination' Robert Newman, author of Neuropolis