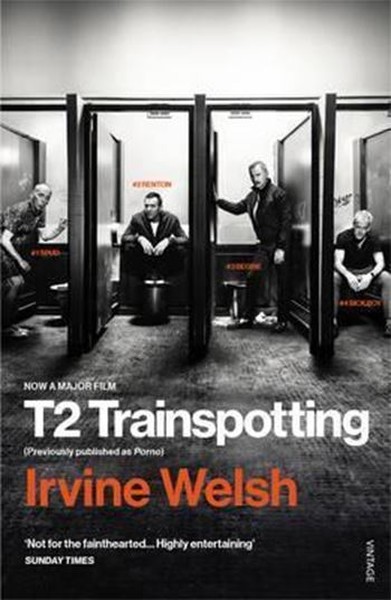 Now a major film directed by Danny Boyle reuniting the cast of Trainspotting. Years on from Trainspotting, Sick Boy is back in Edinburgh after a long spell in London. Having failed spectacularly as a hustler, pimp, husband, father and businessman, Sick Boy taps into an opportunity which to him represents one last throw of the dice. However, to realise his ambitions within the Adult industries, Sick Boy must team up with old pal and fellow exile Mark Renton. Still scheming, still scamming, Sick Boy and Renton soon find out that they have unresolved issues to address concerning the unhinged Frank Begbie, the troubled, drug-addled Spud, but, most of all, with each other. T2 Trainspotting was previously published as Porno.