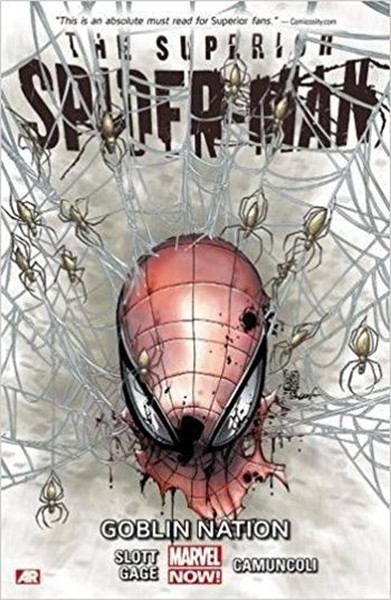 The so-called Superior Spider-Man has failed. Under his watch, the Green Goblin took control of New York's underworld. This is all Otto Octavius' fault...and now it's his responsibility to take the Goblin down. Win or lose, this will be Otto's greatest battle. But when Spiderlings, goblins, super villains and giant robots clash in a violent assault on Spidey's home base, Spider-Island, will Otto be able to regain his footing and prevail? Whatever you do, don't miss the biggest event in the entire Superior Spider-Man Saga! The End starts here, as Spider-Man takes on...the Goblin Nation! If you want to see people standing around talking, read another comic. If you want to see heroes having a fist fight, go somewhere else. You are in the Goblin Nation - and this is all-out war! COLLECTING: Superior Spider-Man 27-31, Annual 2