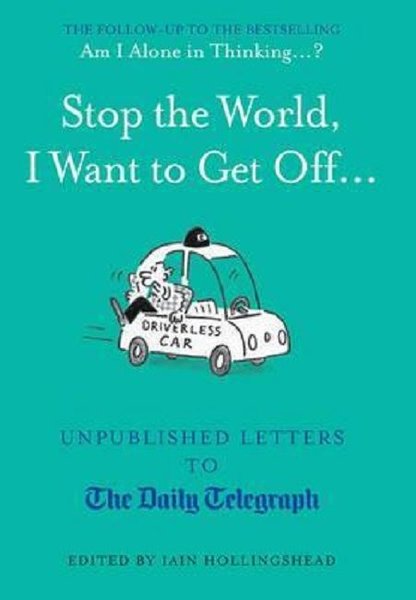 Follow up in the best-selling series of Unpublished Letters, this is another hilarious annual review made up of the wry and astute observations of the unpublished Telegraph letter writers.

Readers of the Telegraph Letters Page will be fondly aware of the eclectic combination of learned wisdom, wistful nostalgia and robust good sense that characterise its correspondence. In a year in which even the most seasoned commentators hav struggled to keep pace with the news cycle, letter writers to The Daily Telegraph have once again provided their own refreshing take on events - whether comparing freedom of movement in the EU to a traffic jam in Waitrose car park or renouncing the Archers in favour of the more gripping Westminster soap opera.

From politics to Poldark, Rhodes to Rooney, Trump to Top Gear, Cameron to Corbyn, no one escapes their hilariously whimsical musings. Baffled, furious, defiant, mischievous, the readers inveigh and speculate on every subject under the sun, proving, once again, that the Telegraph's letter writers have an astute sense of what really matters.