Souk: Feasting at the mezze table 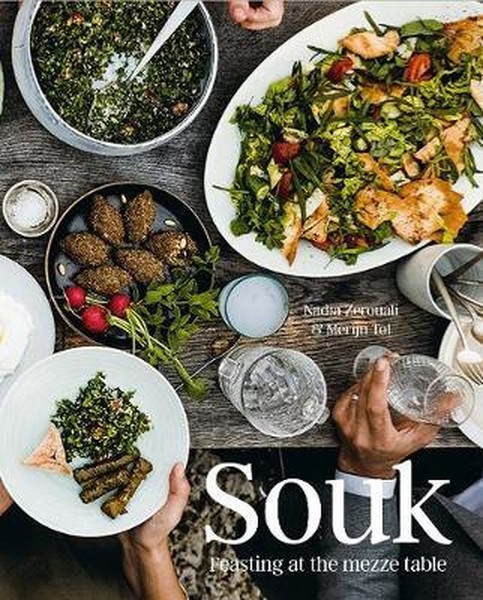 Souk: Feasting at the mezze table

The word mezze stems from the Arabic term `tamazzaza' - a single word that broadly embraces the idea of enjoying small portions of food and taking the time to indulge one's tastebuds, eyes and nose by exposing them to a wide range of aromas and flavours. A complete mezze table is formed when many of these warm and cold dishes are presented together, as a meal in itself. The mezzanic culture originated in the Ottoman Empire and can be found in the whole of the Levantian Mediterranean: from Greece and Cyprus to Turkey (Hatay Province), Palestine, Jordan, Syria and Lebanon. But Lebanon has really developed and is famous for its richest, most extensive and sophisticated mezzanine culture. In addition to these delicious recipes, Souk also delves into the personal stories and reminiscences about this food tradition, and the families and friends the authors meet along the way. Eating mezze is a social event, wrapped in warmth and coziness, and spiced with waves of laughter and noisy chatter, which the book highlights.