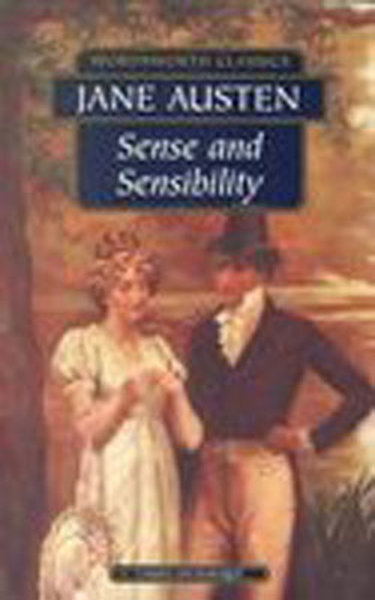 
In SENSE AND SENSIBILITY, Jane Austen writes about two ways of looking at the world in the personalities of two sisters, Elinor the determinedly practical and Marianne the madly romantic. Forced to live in reduced circumstances with their widowed mother and younger sister, the Dashwood girls must rely on marrying well if they are to survive in the world, and the way in which this goal is eventually accomplished provides the plot of this delightful novel, the first of Jane Austen's to be published (1811). As SENSE AND SENSIBILITY progresses to the requisite happy ending, Elinor and Marianne and their suitors are subjected to a volley of misunderstandings, jealousies, and manipulations--and to Jane Austen's mercilessly satirical look at provincial life. As she herself stated, "Three or four families in a country village is the very thing to work on"--and in doing so, Austen perfected the comedy of manners, zeroing in on her characters and their relationship to the society in which they live--an achievement that brought her closer to the later novels of the Victorian era and the 20th century than to those that preceded her.