Seeing Things as They Are: Selected Journalism and Other Writings 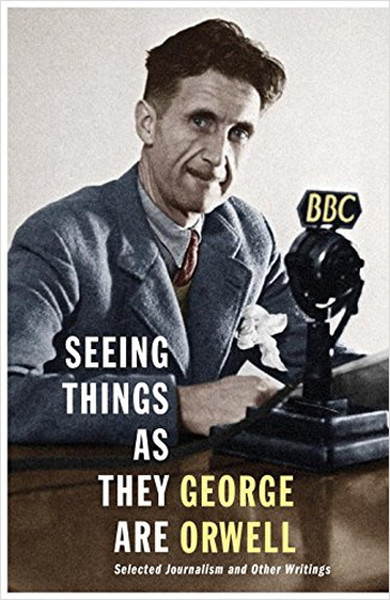 Seeing Things as They Are: Selected Journalism and Other Writings


An enlightening anthology of George Orwell's journalism and non-fiction writing, showing his genius across a wide variety of genres. Selected by leading expert Peter Davison.

Famous for his novels and essays, Orwell remains one of our very best journalists and commentators. Confronting social, political and moral dilemmas head-on, he was fearless in his writing: a champion of free speech, a defender against social injustice and a sharp-eyed chronicler of the age. But his work is also timeless, as pieces on immigration, Scottish independence and a Royal Commission on the Press attest.

Seeing Things As They Are, compiled by renowned Orwell scholar Peter Davison, brings together in one volume many of Orwell's articles and essays for journals and newspapers, his broadcasts for the BBC, and his book, theatre and film reviews. Little escaped Orwell's attention: he writes about the Spanish Civil War, public schools and poltergeists, and reviews books from Brave New World to Mein Kampf. Almost half of his popular 'As I Please' weekly columns, written while literary editor of the Tribune during the 1940s, are collected here, ranging over topics as diverse as the purchase of rose bushes from Woolworth's to the Warsaw Uprising.

Whether political, poetic, polemic or personal, this is surprising, witty and intelligent writing to delight in. A mix of well-known and intriguing, less familiar pieces, this engaging collection illuminates our understanding of Orwell's work as a whole.