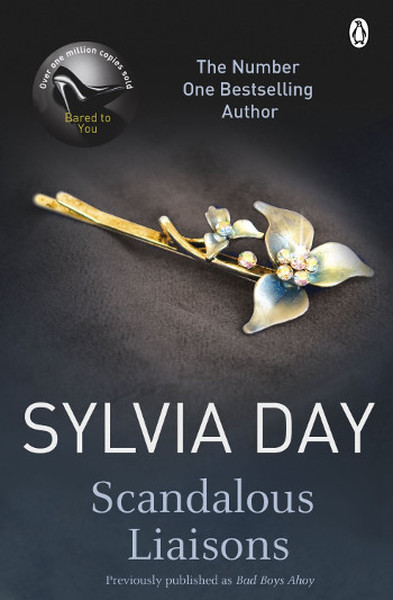 
Scandalous Liaisons by Sylvia Day is a trio of classic sensual romances, linking the tales of wicked rakes and the flawless aristocratic young women whose hearts - and bodies - they melt.

In Lucien's Gamble Lucien Remington, a debauched libertine, finds the untouchable Lady Julienne La Coeur dressed as a man in his gentleman's club. In Stolen Pleasures, Olivia Merrick, a merchant's daughter, finds out that her new husband, Sebastian Blake, is actually high-seas pirate Captain Phoenix. . And in Her Mad Grace Hugh La Coeur, the Earl of Montrose, shelters from a snowstorm in an eerie mansion owned by a mad duchess. But her companion, fiercely independent Charlotte, might just keep him warm in the night ...

Praise for Sylvia Day, bestselling author of the sensational Bared to You and Reflected in You, first two books in the Crossfire trilogy:

"Move over Danielle Steel and Jackie Collins, this is the dawn of a new Day"
-Amuse-

Sylvia Day is the number one Sunday Times and number one international bestselling author of over 20 award-winning novels sold in more than 40 countries. She is a number one bestselling author in 21 countries, with tens of millions of copies of her books in print. Her Crossfire series has been optioned for television by Lionsgate, and she has been nominated for the Goodreads Choice Award for Best Author.
(Tanıtım Bülteninden)