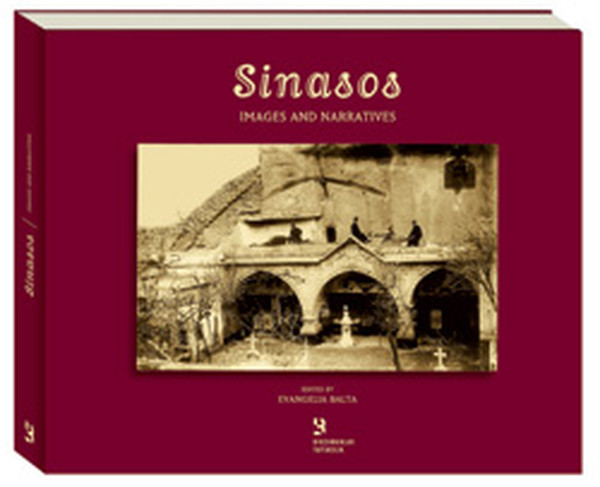 
In 1920s Sinasos, now Mustafapa a, was a Cappadocian town with a population of 3.000,
mostly made up of Greeks. Located five kilometers south of Ürgüp, the town was known
as the pearl of the east for its peculiar architecture, educated and talented inhabitants.
Greek inhabitants of the town forced to leave their homeland in connection with the
population exchange between Turkey and Greece did something unprecedented before
evacuating their beloved town: They hired two photographers to take the photos of their
town and eternalized it by collecting the photos into an album. Including the churches,
mansions, schools, bridges and fountains the album reflected the scenes of daily life,
entertainments, local costumes and various aspects of the community of Sinasos. This
book by Evangelia Balta who has a deep knowledge about the history of Greek
communities in Cappadocia enriches the album with the visuals from private and
institutional archives in Greece and combines them with the accounts by the old
inhabitants of Sinasos.