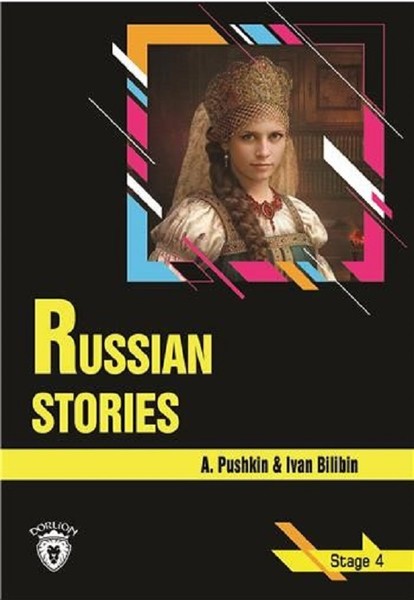 Alexander Sergeyevich Pushkin was born in Moscow in 1799. He was liberally educated and left school in 1817. Given a sinecure in the Foreign Office, he spent three dissipated years in St Petersburg writing light, erotic and highly polished verse.The rest of his life was soured by debts and the malice of his enemies. Although his literary output slackened, he produced his major prose works The Queen of Spades and The Captain’s Daughter, his masterpiece in verse, The Bronze Horseman, important lyrics and fairy tales, including The Tale of the Golden Cockerel. Towards the end of 1836 anonymous letters goaded Pushkin into challenging a troublesome admirer of his wife to a duel. He was mortally wounded and died in January 1837.
Ivan Bilibin was bom in a suburb of St. Petersburg. He studied in 1898 at Anton Az (be Art School in Munich, then under Ilya Repin in St. Peterburg. In 1902- 1904 Bilibin travelled in the Russian North, where he became fascinated with old wooden architecture and Russian folklore. He published his findings in the monograph Folk Arts of the Russian North in 1904. During the Russian Revolution of 1905, he drew revolutionary cartoons. Bilibin died during the Siege of Leningrad