Preface to Androcles and the Lion: On the Prospects of Christianity 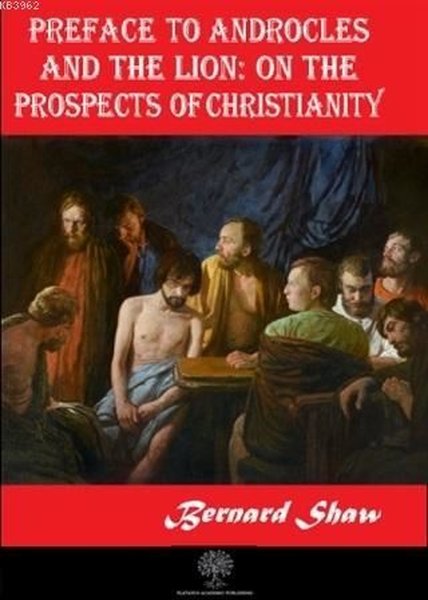 Preface to Androcles and the Lion: On the Prospects of Christianity

Preface to Androcles and the Lion: On the Prospects of Christianity Kitap Açıklaması

“The question seems a hopeless one after 2000 years of resolute adherence to the old cry of “Not this man, but Barabbas.” Yet it is beginning to look as if Barabbas was a failure, in spite of his strong right hand, his victories, his empires, his millions of money, and his moralities and churches and political constitutions. “This man” has not been a failure yet; for nobody has ever been sane enough to try his way. But he has had one quaint triumph. Barabbas has stolen his name and taken his cross as a standard. There is a sort of compliment in that. There is even a sort of loyalty in it, like that of the brigand who breaks every law and yet claims to be a patriotic subject of the king who makes them. We have always had a curious feeling that though we crucified Christ on a stick, he somehow managed to get hold of the right end of it, and that if we were better men we might try his plan. There have been one or two grotesque attempts at it by inadequate people, such as the Kingdom of God in Munster, which was ended by crucifixion so much more atrocious than the one on Calvary that the bishop who took the part of Annas went home and died of horror. But responsible people have never made such attempts.”