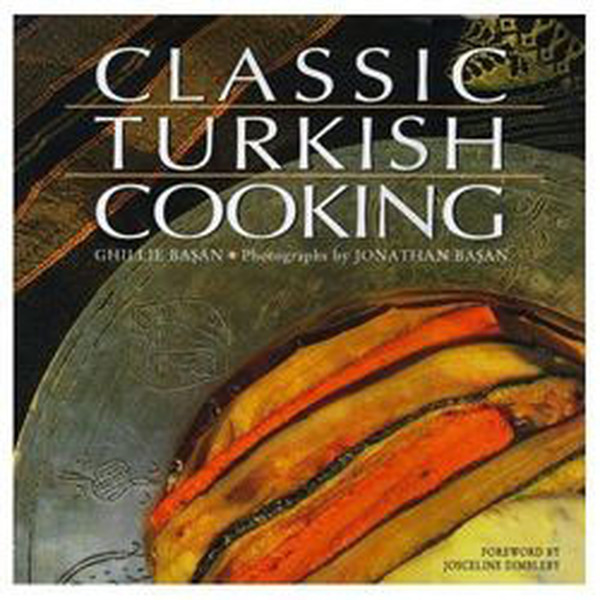 
The authhor presents a unique collection of traditional dishes from the Anatolian heartlands and classical recipes from the palace kitschens of the Ottoman sultans. Ghillie Basan is a graduate in social anthropology and a qualified Cordon Bleu cook.

Classic Turkish cooking ranks among the greatest cuisines of the world. It has a long and colourful history from its nomadic Central Asian roots to the refined recipes of the Ottoman empire which influenced culinary traditions throughout the Middle East and Mediterranean. The book offers a collection of traditional dishes from the Anatolian heartlands and sophisticated and classical recipes from the palace kitchens of the Ottoman sultans. The recipes include, casseroles with dried and fresh fruit, pilafs speckled with pinenuts and aubergine dishes.