On The Lycian Way 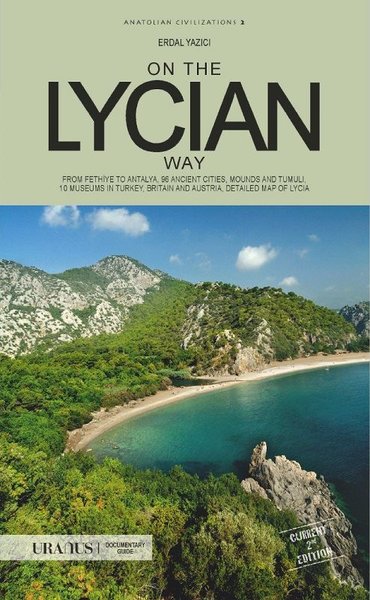 On The Lycian Way


The lands on which the Lycians lived benefited greatly from the lush Mediterranean climate. The Lycian settlements, stretching along the coast from the west of Antalya to Telmessus, and northwards to the land between the Taurus Mountains and Elmalı, are unique in terms of location. The first sights of the cities are the sarcophagi and the house-like rock-cut tombs. These tombs were built to resemble houses in the hope and belief that life would continue within the monumental structures, which still stand to this day. Both the sarcophagi and the rock-cut tombs reflect all the details of craftsmanship of their wooden houses. The Lycians wrote notes on these monuments in order to protect the traces of life. They left curses threatening raiders with verses of heavy punishments, lions and Medusa heads. They proved their craft skills in the large monumental tombs (Heroons). The carvings on the Xanthos Nereid monument, the Pericles Heroon in Lymra and the Trysa Heroon are unique works, both as art and for the mythological stories they tell. It is possible to also see Persian and Greek influences on the carvings. Many tablets remain describing their lives in the cities they constructed. Even though their language has not yet been fully deciphered, the multi lingual writings give hints about the daily lives of the Lycians. The stories on the monumental tombs are just like pages of history talking about those days. It is possible to feel the hope, joy, pain, inevitability, resistance, sovereignty and defeat contained in the inscriptions.

When we hit the road for our documentary on the Lycians we started to follow visible and hidden traces of the Lycians between the Mediterranean Sea and the Taurus Mountains. We have tried to reflect what we saw and experienced in addition to the discoveries and researches of travellers of the 18th century and after. Besides our long trips on the Lycian Way we discovered many more hidden Lycian settlements at the peaks of the Taurus Mountains, as well as along the coast from Telmessus (Makri in Greek) to Antalya (Attalia in Greek). We attained the tops of cities after tiring hikes. We experienced great pride in the magnificent monuments. We hummed world melodies in the ancient theatres. We saw the new faces of the cities, re-erected after scientific excavations. They were not the settlements of thirty years ago. We looked for traces of the Lycians on streets and roads that were brought to light hundreds of years later. Then we observed their relics in Turkish Museums such as Antalya Museum, Telmessus Museum, Elmalı Museum, Burdur Museum and Istanbul Archaeology Museums, as well as internationally in the British Museum and the Vienna Art and History Museum (Kunsthistoriches Museum). In this documentary book we discuss 8 museums displaying Lycian finds, as well as the 88 ancient cities, villages, mounds and tumuli.