No Encounter is by Chance 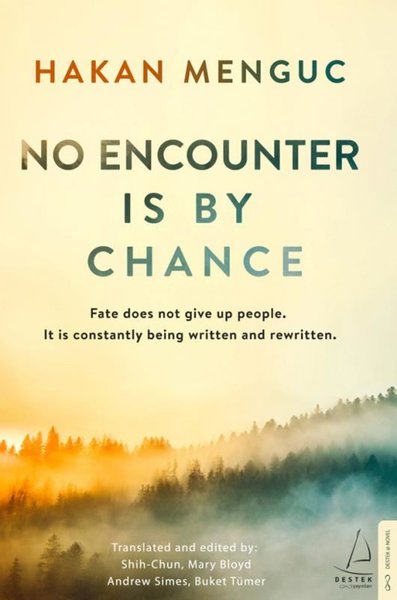 No Encounter is by Chance

No Encounter is by Chance Kitap Açıklaması

Fate does not give up on people. We are the decision-makers, the ones who shape our own fate. As one looks back, they may notice experiences where they do things they thought they would never do, put up with things they said they would never tolerate, or even fall in love with someone they thought they would never love. We might have been in situations where we thought we could not leave, but instead were able to walk away from; we might have days we felt like dying but still lived through. With every challenge overcome, we come closer to understanding our inner self.

A sufi went on a seven-day long journey with a young girl in order to help her find her life purpose. They did not bring anything but their faith in God with them. In this journey, they met amazing encounters and extraordinary events that helped them see every decision they made in a different light.

How would a seven-day long journey influence a person?

Is it possible to change fate?

The answer is: of course. Everything changes as time goes by; seven days may seem short but in fact it could bring huge influence on someone.

Hakan Mengüç is known for being a writer, a virtuoso and a public speaker. He is also the president of the Sufi Academy, which belongs to Girne American University (Girne Amerikan Üniversitesi) in Cyprus. His books have been translated into six languages and reach thousands of readers.