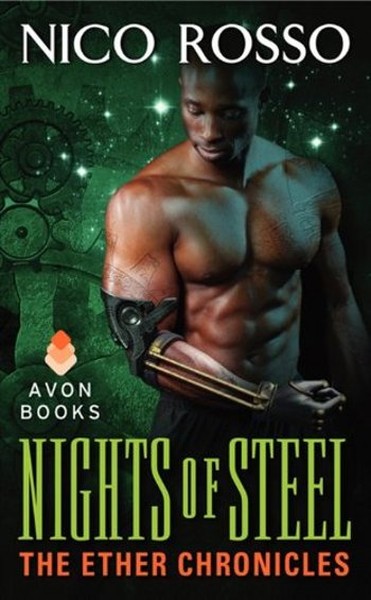 
Return to The Ether Chronicles, where the skies above the American West are about to get wilder than ever…

Bounty hunter Anna Blue always finds her fugitive. But her latest mission is filled with mystery: a high price for an eccentric inventor. And her biggest rival, Jack Hawkins—a startlingly handsome, entirely unsettling man whose abilities match her own—is hunting the same bounty. Neither will back down.

When a rogue Man O' War flies his airship into the California skies, guns blazing, Anna and Jack are forced to team up or die. But it isn't the danger that has them ready to flare like gunpowder. They've circled each other for years as competitors only. Fighters and outsiders, they never thought they'd find a kindred soul. As hot passion and raw need draw them together, can they survive this mission long enough to track the most elusive fugitives…their hearts?