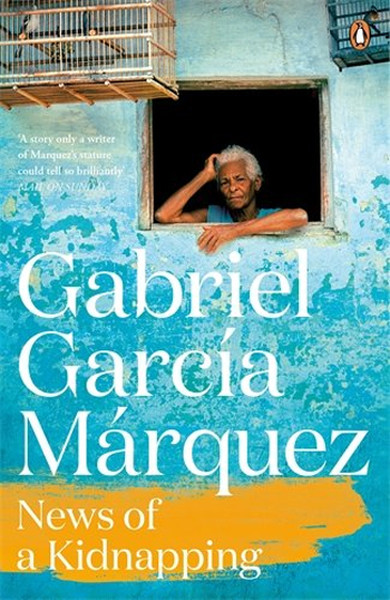 
Gabriel García Márquez's News of a Kidnapping is a powerful retelling of actual events from a turbulent period of Colombian history.

Pablo Escobar: billionaire drugs baron, ruthless manipulator brutal killer and jefe of the infamous Madellín cartel. A man whose importance in the international drug trade and renown for his charitable work among the poor brought him influence and power in his home country of Colombia, and the unwanted attention of the American courts.

Terrified of the new Colombian President's determination to extradite him to America, Escobar found the best bargaining tools he could find: hostages.

In the winter of 1990, ten relatives of Colombian politicians, mostly women, were abducted and held hostage as Escobar attempted to strong-arm the government into blocking his extradition. Two died, the rest survived, and from their harrowing stories Márquez retells, with vivid clarity, the terror and uncertainty of those dark an volatile months.

'Reads with an urgency which belongs to the finest fiction. I have never read anything which gave a better sense of the way Colombia was in worst times'
-Daily Telegraph-

'Compellingly readable. A book with all the panache of Márquez's fiction, hitting home rather harder' -Sunday Times-