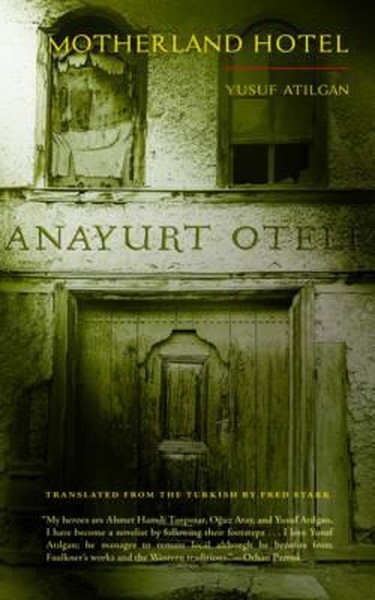 "My heroes are Ahmet Hamdi Tanpinar, Oguz Atay, and Yusuf Atilgan. I have become a novelist by following their footsteps ...I love Yusuf Atilgan; he manages to remain local although he benefits from Faulkner's works and the Western traditions."--Orhan Pamuk "Motherland Hotel is a startling masterpiece, a perfect existential nightmare, the portrait of a soul lost on the threshold of an ever-postponed Eden."--Alberto Manguel "This moving and unsettling portrait of obsession run amok might have been written in 1970s Turkey, when social mores after Ataturk were still evolving, but it stays as relevant as the country struggles to save the very democratic ideals on which the Republic was rebirthed...brilliant writing ..."--Poornima Apte, Booklist, Starred Review "Turkish writer Atilgan's classic 1973 novel about alienation, obsession, and precipitous decline, nimbly translated by Stark...An unsettling study of a mind, steeped in violence, dropping off the edge of reason."
--Kirkus Reviews "A maladroit loner who runs the seen-better-days Motherland Hotel in a backwater Turkish town, Zeberjet has become obsessed with a female guest who stayed there briefly and frantically anticipates her presumed return...as Zeberjet becomes increasingly unhinged, we're drawn into his dark interior life while coming to understand Turkey's post--Ottoman uncertainty. Sophisticated readers will understand why Atilgan is called the father of Turkish modernism, while those who enjoy dark psychological novels can also appreciate."--Barbara Hoffert, Library Journal "Yusuf Atilgan gives us a wonderful, timeless novel about obsession, with an anti-hero who is both victim and perpetrator, living out a life 'neither dead nor alive' in a sleepy Aegean city. Motherland Hotel is an absolute gem of Turkish literature."--Esmahan Aykol, author of Divorce Turkish Style "Yusuf Atilgan, like Patrick Modiano, demonstrates how the everyday can reflect larger passions and catastrophes. Beautifully written and translated, Motherland Hotel can finally find the wider audience in the west that it deserves."
--Susan Daitch, author of The Lost Civilization of Suolucidir "The freedom that Atilgan articulates isn't the freedom of Lord Byron or Milton Friedman. It's more like the sense of freedom that comes with finally having a diagnoses. It's the freedom that comes from understanding that you're imprisoned in other people's' ideas of freedom. But there's a consolation and a quiet wisdom that comes from understanding that these definitions will pass in turn, like guests checking out of a hotel."--Scott Beauchamp, Full Stop Zeberjet, the last surviving member of a once prosperous Ottoman family, is the owner of the Motherland Hotel, a run-down establishment a rundown establishment near the railroad station. A lonely, middle-aged introvert, his simple life is structured by daily administrative tasks and regular, routine sex with the hotel's maid. One day, a beautiful woman from the capital comes to spend the night, promising to return "next week," and suddenly Zeberjet's insular, mechanical existence is dramatically and irrevocably changed. The mysterious woman's presence has tantalized him, and he begins to live his days in fevered anticipation of her return.
But the week passes, and then another, and as his fantasies become more and more obsessive, Zeberjet gradually loses his grip on reality. Motherland Hotel was hailed as the novel of the year when it was published in 1973, astonishing critics with its experimental style, its intense psychological depth and its audacious description of sexual obsession. Zeberjet was compared to such memorable characters as Quentin Compson in Faulkner's The Sound and the Fury and Meursault in Albert Camus' The Stranger. While author Yusuf Atilgan had already achieved considerable literary fame, Motherland Hotel cemented his reputation as one of Turkey's premier modernists.