More Notes of a Dirty Old Man: The Uncollected Columns 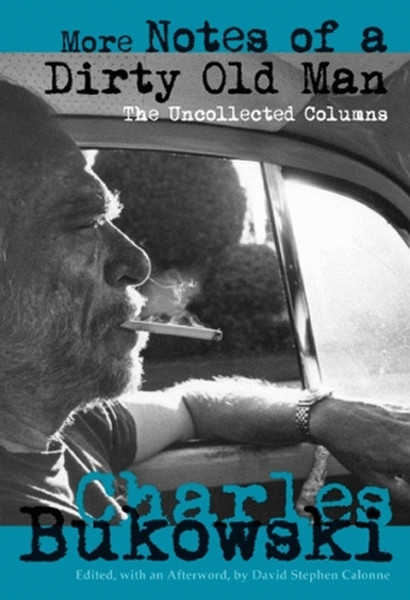 More Notes of a Dirty Old Man: The Uncollected Columns


After toiling in obscurity for years, Charles Bukowski suddenly found fame in 1967 with his autobiographical newspaper column, "Notes of a Dirty Old Man," and a book of that name in 1969. He continued writing this column, in one form or another, through the mid-1980s. More Notes of a Dirty Old Man gathers many uncollected gems from the column's twenty-year run. Drawn from ephemeral underground publications, these stories and essays haven't been seen in decades, making More a valuable addition to Bukowski's oeuvre. Filled with his usual obsessions-sex, booze, gambling-More features Bukowski's offbeat insights into politics and literature, his tortured, violent relationships with women, and his lurid escapades on the poetry reading circuit. Highlighting his versatility, the book ranges from thinly veiled autobiography to purely fictional tales of dysfunctional suburbanites, disgraced politicians, and down-and-out sports promoters, climaxing with a long, hilarious adventure among French filmmakers, "My Friend the Gambler," based on his experiences making the movie Barfly. From his lowly days at the post office through his later literary fame, More follows the entire arc of Bukowski's colorful career.

Edited by Bukowski scholar David Stephen Calonne, More Notes of a Dirty Old Man features an afterword outlining the history of the column and its effect on the author's creative development.

"He loads his head full of coal and diamonds shoot out of his finger tips. What a trick. The mole genius has left us with another digest. It's a full house-read 'em and weep."
-Tom Waits-