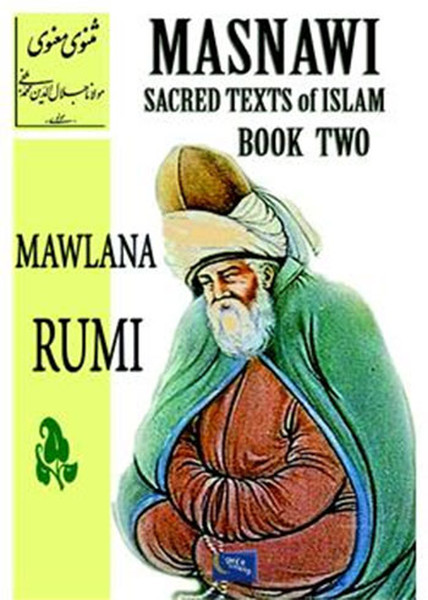 
The Composition of this Masnavi has been delayed for a season; Time is needed for blood to become milk. Till thy fortune comes forth as a new-born babe, Blood becomes not milk, sweet and pleasant to the mind. When that light of God, Husamu`d-Din Turned his course down from the summit of heaven, This Masnavi, which is the polisher of spirits, Its recommencement occurred on the day of "Opening." The commencement date of this precious work Was the year six hundred and sixty-two of the Flight. The Bulbul started on this date, became a hawk; Yea, a hawk to hunt out these mysteries. May the wrist of the King be the resting-place of this hawk, And may this door be open people for ever! Masnawi is Rumi`s major work in form of (Spiritual Couplets), a six-volume poem regarded by some Sufis as Persian-language Qur`an.

The "Masnawi" is Rumi`s greatest poetic work, composed during the last years of his life. He began it when he was between the ages of 54-57 [about 1258-1261] and continued composing its verses until he died in 1273 (with the last story remaining incomplete). It is a compendium of sufi stories, ethical teachings, and mystical teachings. It is deeply permeated with Qur`anic meanings and references. Rumi himself called the Masnavi "the roots of the roots of the roots of the (Islamic) Religion... and the explainer of the Qur`an (Masnavi, Book I, Preface).
(Tanıtım Bülteninden)