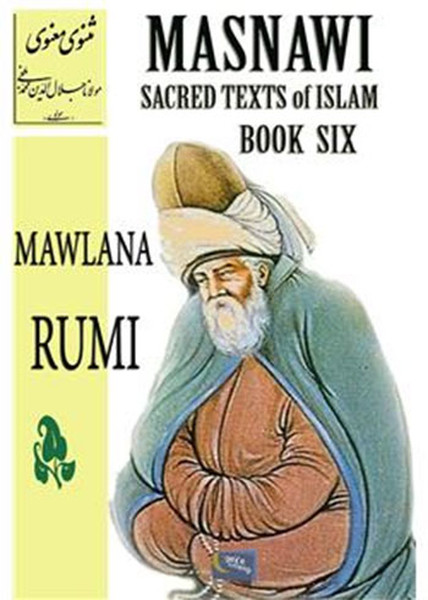 
O Life of the heart, Husamu-`d-Din, My zeal burnt within me to write this sixth part! The Masnavi became a standard through thy influence, Thy sword (Husam) has made it an exemplar to the world O spiritual one, I now offer it to thee, This sixth part of the entire Masnavi.

Story I: The Hindu Slave who loved his Master`s Daughter
Story II: The Fowler and the Bird
Story III: The Drunken Turkish Amir and the Minstrel
Story IV: The Purchase of Bilal
Story V: The Sufi and the Qazi
Story VI: The Faqir and the Hidden Treasure
Story VII: The Three Travelers
Story VIII: The Man who received a Pension from the Prefect of Tabriz
Story IX: The King and his Three Sons

The Masnavi is divided into six books, and Rumi wrote prefaces for each book. The earliestcomplete manuscript (the "Konya manuscript") was completed in December, 1278 (five years after Rumi`s death).