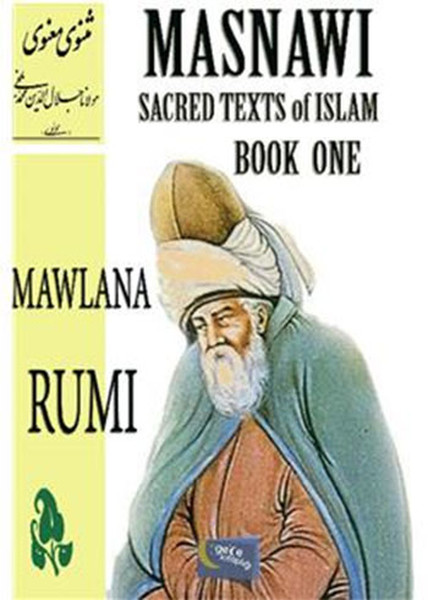 
The "Masnawi" is Rumi`s greatest poetic work, composed during the last years of his life. He began it when he was between the ages of 54-57 [about 1258-1261] and continued composing its verses until he died in 1273 (with the last story remaining incomplete). It is a compendium of sufi stories, ethical teachings, and mystical teachings. It is deeply permeated with Qur`anic meanings and references. Rumi himself called the Masnavi "the roots of the roots of the roots of the (Islamic) Religion... and the explainer of the Qur`an (Masnavi, Book I, Preface).

The story of how the beginning of the composition of the Masnavi has been told in the hagiography written by Aflaki (written between 1318-53), a disciple of Rumi`s grandson: "Sirâjuddîn, the Mathnawi-reciter [masnavi-khwân] at the Tomb (of Rumi) told the story that the reason for the composition of the book of the Masnavî-yé Ma`nawî, which is the Revealer of the secrets of the Qur`an was: One day Hazrat-i... Husâmuddîn [Chelebi-- Rumi`s closest disciple], may God sanctify his precious secret, found out that some of the friends, in complete relish and greatlove, were making serious efforts to study the `Book of the Divine` [Ilâhî-Nâma] of (the sufi poet) Hakîm (Sanâ`î) and the `Speech of the Birds` [ManTiqu `T-Tayr] and the `Book of Misfortune` [MuSîbat-Nâma] of (the sufi poet) Farîduddîn `Attâr, and (who) were delighted by (studying) their (mystical) secrets and (accounts of) the unusual spiritual amorousness (of the lovers of God) displayed by them.

The Masnavi is divided into six books, and Rumi wrote prefaces for each book. The earliest complete manuscript (the "Konya manuscript") was completed in December, 1278 (five years after Rumi`s death).
Books 1 and 2: They "are principally concerned with the nafs, the lower carnal self, and its self-deception and evil tendencies."
Books 3 and 4: These books share the principal themes of Reason and Knowledge. These two themes are personified by Rumi in the Biblical and Quranic figure of the Prophet Moses.
Books 5 and 6: These last two books are joined by the universal ideal that man must deny his physical earthly existence to understand God's existence.
(Tanıtım Bülteninden)