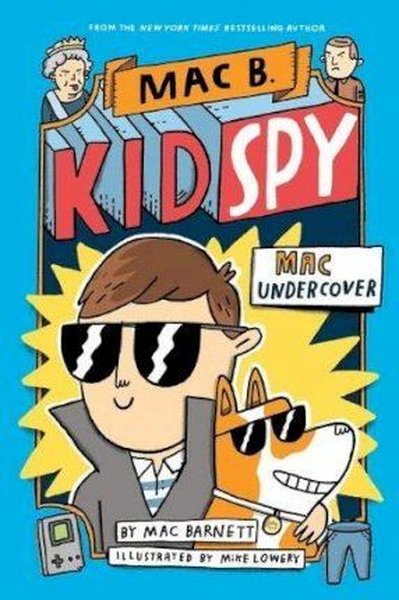 From the esteemed New York Times bestselling and multi-award-winning
author Mac Barnett comes a thrilling, hilarious fully-illustrated
new spy adventure series!
Before Mac Barnett was an author, he was a kid. And while he was
a kid, he was a spy. Not just any spy. But a spy...for
the Queen of England.


The precious Crown Jewels have been stolen, and there's only one
person who can help the Queen of England: her newest secret agent,
Mac B. Mac travels around the globe in search of the stolen
treasure...