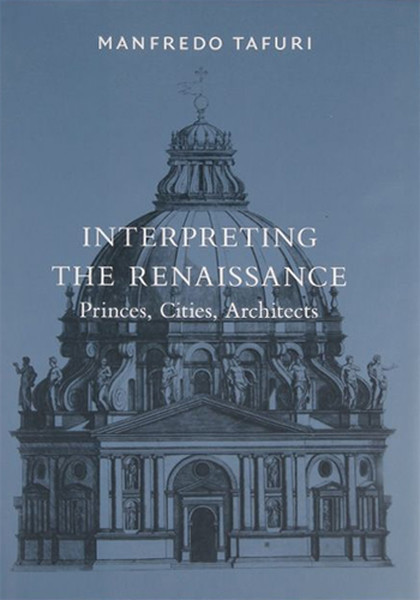 
(Winner of the RIBA Sir Nikolaus Pevsner International Book Award for Architecture) This is the final work of Italy's Manfredo Tafuri (1935-94), one of the most influential architectural historians of the latter 20th century. It is finally available in English thanks to a superb translation by Daniel Sherer, illustrated with 166 black and white figures. Tafuri analyzes Renaissance architecture from a variety of perspectives, exploring questions that occupied him for 30 years: What theoretical terms were used to describe the humanist analogy between architecture and language? Is it possible to identify the political motivations behind the period's new urban strategies? And how does humanism embody both an attachment to tradition and an urge to experiment? Tafuri synthesizes the history of architectural ideas and projects through discussions of the great centers of architectural innovation in Italy (Florence, Rome, and Venice), key patrons from the middle of the 15th century (Pope Nicholas V) to the early 16th century (Pope Leo X), and central figures like Leon Battista Alberti, Filippo Brunelleschi, Lorenzo de' Medici, Raphael, Baldassare Castiglione, and Giulio Romano. "A rich and complex work of scholarship that challenges architectural historians, as well as historians in general, to rethink the many ways we have appropriated the Renaissance as a historical category.... The art of translation is difficult under the best of circumstances when the original text is ordinary and prosaic. In the case of Tafuri, where the ideas are complex and subtle, the challenge of rendering the original Italian into English takes on a complexity that only a gifted scholar such as Sherer could achieve with sensitivity and integrity."
-Historian-
(Tanıtım Bülteninden)