In the Days of Rain : Winner of the 2017 Costa Biography Award 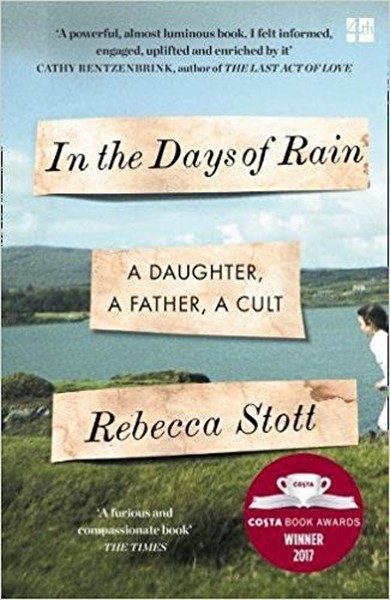 In the Days of Rain : Winner of the 2017 Costa Biography Award

In the Days of Rain : Winner of the 2017 Costa Biography Award Kitap Açıklaması

WINNER OF THE 2017 COSTA BIOGRAPHY AWARD


In the vein of Bad Blood and Why be Happy when you can be Normal?: an enthralling, at times shocking, and deeply personal family memoir of growing up in, and breaking away from, a fundamentalist Christian cult.


`At university when I made new friends and confidantes, I couldn't explain how I'd become a teenage mother, or shoplifted books for years, or why I was afraid of the dark and had a compulsion to rescue people, without explaining about the Brethren or the God they made for us, and the Rapture they told us was coming. But then I couldn't really begin to talk about the Brethren without explaining about my father...'

As Rebecca Stott's father lay dying he begged her to help him write the memoir he had been struggling with for years. He wanted to tell the story of their family, who, for generations had all been members of a fundamentalist Christian sect. Yet, each time he reached a certain point, he became tangled in a thicket of painful memories and could not go on.
The sect were a closed community who believed the world is ruled by Satan: non-sect books were banned, women were made to wear headscarves and those who disobeyed the rules were punished.
Rebecca was born into the sect, yet, as an intelligent, inquiring child she was always asking dangerous questions. She would discover that her father, an influential preacher, had been asking them too, and that the fault-line between faith and doubt had almost engulfed him.
In In the Days of Rain Rebecca gathers the broken threads of her father's story, and her own, and follows him into the thicket to tell of her family's experiences within the sect, and the decades-long aftermath of their breaking away.