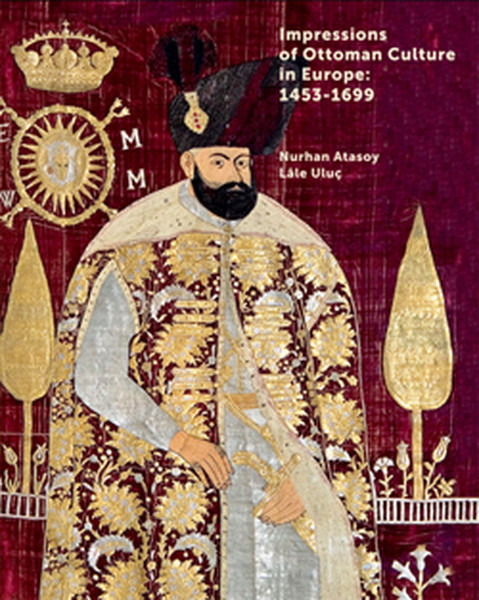 
Impressions of Ottoman Culture in Europe: 1453-1699 by Dr. Nurhan Atasoy and her co-author Dr. Lâle Uluç reveals the multi-faceted cultural influences of the Ottomans on Europe. This ground-breaking new book, published by ARMAGGAN Publications, is the culmination of a six-year research project by the authors conducted in 14 countries under the sponsorship of the Turkish Cultural Foundation (TCF). The book, written originally in English, has been published in Turkish and English editions.

The authors present their findings in a visually stunning format, while providing a comprehensive intellectual narrative that explains the artistic and cultural exchanges between the Ottoman Empire and Europe. The 443-page book includes 400 images, 341 sources, and devotes special sections to Textiles, Tiles and Ceramics, Flowers and Plants, Carpets, Arms and Armor, Turkish Image, Crescent and Commonalities.

The book explores the impressions of Ottoman material culture on Europe in the early modern age when the expansion of Ottoman territory created common borders and intensive political, diplomatic and trade ties with Europe. The book's underlying research begins in 1453 with the conquest of Istanbul and encompasses the period ending with the Ottoman's last siege of Vienna and the Treaty of Karlowitz in 1699. Demonstrating that this period was marked with significant cultural transfers and translations between the Ottomans and European, the book shows that often such cultural impressions acquired new meanings in European cultural life.

Dr. Nurhan Atasoy served as Dean of Istanbul University Faculty of Letters until her retirement in 1999. Dr. Atasoy has been awarded numerous international and national awards, including the Outstanding Service Award by Turkey in 2006. She is currently Senior Scholar in Residence at the Turkish Cultural Foundation. Dr.Lâle Uluç completed her Ph.D. at New York University and teaches at Bosphorus University Department of History. Impressions of Ottoman Culture in Europe: 1453-1699 presents a significant addition to the body of work by these two leading scholars and yet another valuable contribution to Art History.