How The End Begins: The Road to a Nuclear World War III 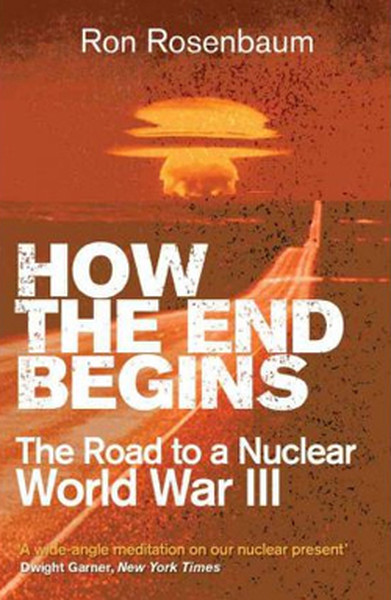 How The End Begins: The Road to a Nuclear World War III


Each chapter of the How the End Begins deconstructs the dangers we face. Rosenbaum begins by showing all the ways the post-Cold War order that tried to impose a set of rules of averting a nuclear mistake has fallen apart; in chapter 2, he describes the journey of one Bruce Blair, once a missile launcher, whose experience inside the nuclear establishment left him alarmed about its vulnerabilities; chapter 3 looks at nuclear war from the Russian side, using the architect of that nation's early warning system as a focus; chapter 4 looks at how the Bush Administration helped pushed the world closer to a nuclear conflict by rewriting the rules of deterrence; chapter 5 describes all the ways the international incidents we have seen - Georgia, the Israeli raid on Syria, the Iranian moves - are evidence that some governments have shown a willingness to move closer to the brink of a conflict involving nuclear weapons.The rest of the book looks at the broader nuclear issues facing the world in the 21st century: What is deterrence? Who can claim to have it? How many nuclear weapons can we live with? Is zero really possible? In other words: Can we undream the nightmare?