God and the State 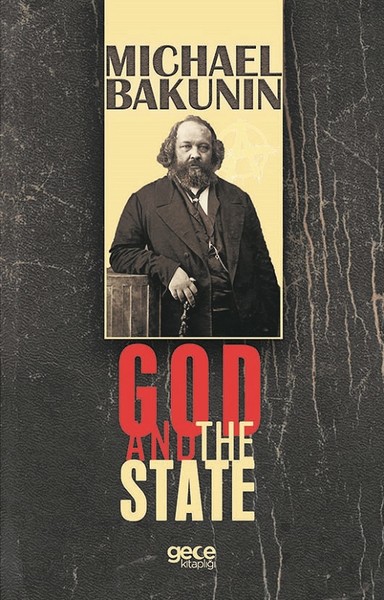 God and the State

God and the State Kitap Açıklaması

One of us is soon to tell in all its details the story of the life of Michael Bakunin, but its general features are already sufficiently familiar. Friends and enemies know that this man was great in thought, will, persistent energy; they know also with what lofty contempt he looked down upon wealth, rank, glory, all the wretched ambitions which most human beings are base enough to entertain. A Russian gentleman related by marriage to the highest nobility of the empire, he was one of the first to enter that intrepid society of rebels who were able to release themselves from traditions, prejudices, race and class interests, and set their own comfort at naught. With them he fought the stern battle of life, aggravated by imprisonment, exile, all the dangers and all the sorrows that men of self-sacrifice have to undergo during their tormented existence.

A simple stone and a name mark the spot in the cemetery of Berne where was laid the body of Bakunin. Even that is perhaps too much to honor the memory of a worker who held vanities of that sort in such slight esteem. His friends surely will raise to him no ostentatious tombstone or statue. They know with what a huge laugh he would have received them, had they spoken to him of a commemorative structure erected to his glory; they knew, too, that the true way to honor their dead is to continue their work—with the same ardor and perseverance that they themselves brought to it. In this case, indeed, a difficult task demanding all our efforts, for among the revolutionists of the present generation not one has labored more fervently in the common cause of the Revolution.

In Russia among the students, in Germany among the insurgents of Dresden, in Siberia among his brothers in exile, in America, in England, in France, in Switzerland, in Italy, among all earnest men, his direct influence has been considerable. The originality of his ideas, the imagery and vehemence of his eloquence, his untiring zeal in propagandism, helped too by the natural majesty of his person and by a powerful vitality, gave Bakunin access to all the revolutionary groups, and his efforts left deep traces everywhere, even upon those who, after having welcomed him, thrust him out because of a difference of object or method. His correspondence was most extensive; he passed entire nights in preparing long letters to his friends in the revolutionary world, and some of these letters, written to strengthen the timid, arouse the sluggish, and outline plans of propagandism or revolt, took on the proportions of veritable volumes. These letters more than anything else explain the prodigious work of Bakunin in the revolutionary movement of the century. The pamphlets published by him, in Russian, French, and Italian, however important they may be, and however useful they may have been in spreading the new ideas, are the smallest part of Bakunin’s work.