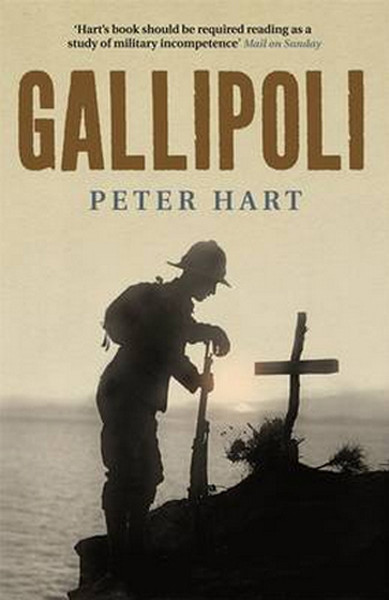 
'The scene was tragically macabre: the image of desolation, the flames spared nothing. As for our young men, a few minutes ago, so alert, so self-confident, all now lying dead on the bare deck, blackened burned skeletons, twisted in all directions, no trace of any clothing, the fire having devoured all.' Vice Admiral P. E. Guéprette recalls the damage to the French ship Suffen during a naval battle in 1915.One of the most famous battles in history, Gallipoli forced Churchill from office, established Turkey's iconic founder Mustafa Kemal ('Ataturk') and marked Australia's emergence as a nation in its own right. It had begun as a bold move led by the British to ultimately capture Constantinople, but this definitive new history explains that from the initial landings - which ended with so much blood in the sea it could be seen from aircraft overhead - to the desperate attacks of early summer and the battle of attrition that followed, it was a lunacy that was never going to succeed. Drawing on unpublished personal accounts by individuals at all levels and from all sides - not only from Britain, Australia and New Zealand, but unusually from Turkey and France too - Peter Hart combines his trademark eye for vivid personal stories with a strong narrative to bring a modern view of this military disaster to a popular audience.