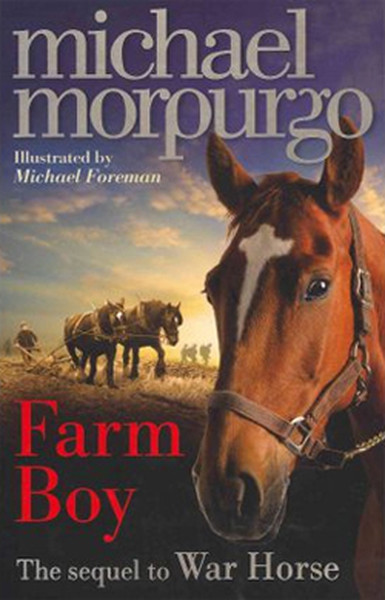 
The magical sequel to 'War Horse', soon to be a major motion picture. Joey was the last working horse on the farm, and the apple of Grandpa's eye. In War Horse, Joey was sent away from the farm to be a warhorse in WWI. Grandpa had joined the cavalry in order to find, and fight, with Joey. Farm Boy brings us forward fifty years with Grandpa not only telling his grandson, Joey's story but also a 'shameful secret' which he has held for years! The story is set in Iddesleigh in Devon and lovingly evokes the bonds between farm and farmer; grandson and grandfather. The spirit of rural life is superbly captured in both Michael Morpurgo's writing and Michael Foreman's illustrations. An irresistible title from acclaimed author-illustrator partnership.