Exposure: From President to Whistleblower at Olympus: Inside the Olympus Scandal: How I Went from CE 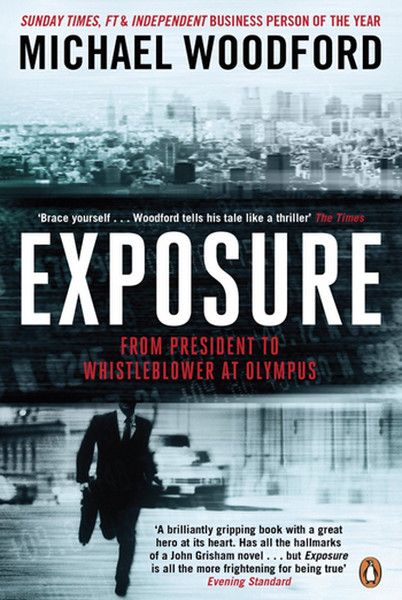 Exposure: From President to Whistleblower at Olympus: Inside the Olympus Scandal: How I Went from CE

Exposure: From President to Whistleblower at Olympus: Inside the Olympus Scandal: How I Went from CE Kitap Açıklaması

The bestselling business book of 2012, now in paperback

Michael Woodford was a company man. He'd risen through the ranks of giant Japanese firm Olympus to become CEO. But just weeks into the job in Tokyo he came across allegations of enormous fraud.

Yet his every attempt at investigation was blocked. Losing his job, facing a cover up and possible threats to his life, Woodford fled the country.

Then he did something Olympus didn't expect.

He fought back. Risking everything, Woodford went on the offensive. He exposed the crimes at the company's heart, brought down those who tried to silence him - and became a hero.

'Brace yourself. Woodford tells his tale like a thriller'
The Times

'A brilliantly gripping book with a great hero at its heart. Has all the hallmarks of a John Grisham novel.... But Exposure is all the more frightening for being true'
Evening Standard

Born in 1960, Michael Woodford grew up in Liverpool, and after moving to the south of England spent the next 30 years of his professional life working at Olympus. In April 2011 he was appointed President of the Olympus Corporation - the first Western 'salary-man' to rise through the ranks to the top of a Japanese giant. That October he was also made CEO, but only two weeks later was dismissed after querying inexplicable payments approaching $2 billion.

Woodford was named Business Person of the Year 2011 by the Sunday Times, the Independent and the Sun, and in 2012 he won the Financial Times ArcelorMittal Award for Boldness in Business. In 2013 he was the winner of the inaugural Contrarian Prize.

Woodford is married with two teenage children and lives in London. He now spends his life writing and lecturing on business culture, and the frailties of human nature in the workplace.