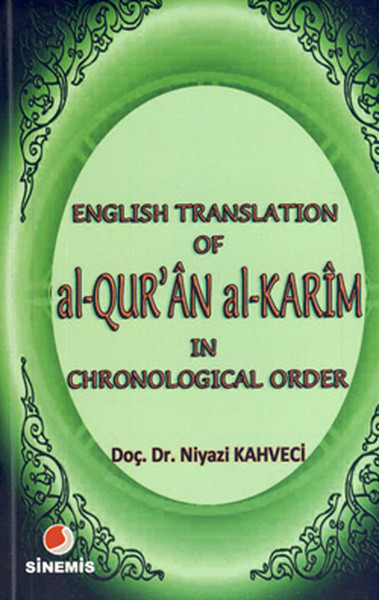 
The language of the original Qur'an is undoubtedly Arabic, but it is an obligation for every Muslim to know the divine message. Hence it has been translated into many other languages. We are well aware that translation of the Qur'an is not the literal word of Allah, and hence cannot be equated with the Qur'an in its original Arabic form. No translation can substitute the inimitable Arabic text, but as the Qur'an says, "God never holds a self responsible with what overwhelms his capacity," (Baqara, 286) we are responsible as much as we understand it. This translation is only a contributive attempt to translate the meaning of the Qur'an in English from the Arabic text made by one single Turkish Islamic scholar as first of its kind in Turkey.