Enemy of the State 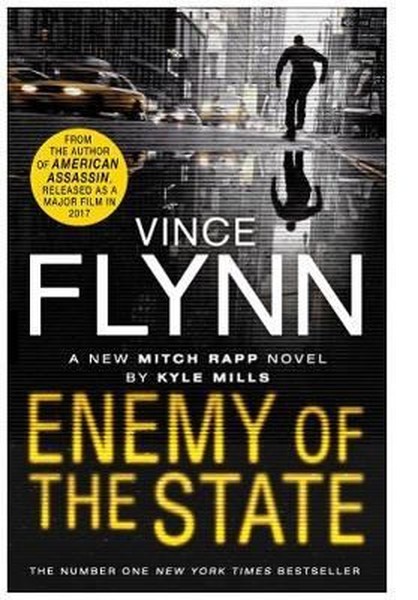 Enemy of the State

Enemy of the State Kitap Açıklaması

After 9/11, the United States made one of the most secretive and dangerous deals in its history. The evidence against the powerful Saudis who coordinated the attack would be buried. In return, King Faisal would promise to keep the oil flowing and deal with the conspirators in his midst. When the king's own nephew is discovered funding ISIS, the US president suspects that the Saudis never intended to live up to their agreement. He decides that the royalty needs to be sent a message and that Mitch Rapp is just the man to deliver it. The catch? Rapp must do it entirely on his own. Forced to make a decision that will change his life forever, Rapp quits the CIA and assembles a group of independent contractors to help him complete the mission.

They've barely begun unravelling the connections between the Saudi government and ISIS when the brilliant new head of the intelligence directorate discovers their efforts. With Rapp getting too close, he threatens to go public with the details of the post-9/11 agreement between the two countries. Facing an international incident that could end his political career, the President orders America's intelligence agencies to join the Saudis' effort to hunt the former CIA man down. Rapp is now at the centre of the most elaborate manhunt in history

'Sizzles with inside information and CIA secrets.'

'A cracking, uncompromising yarn that literally takes no prisoners.'

'Action-packed, in-your-face, adrenalin-pumped super-hero macho escapist fiction that does exactly what it says on the label.'

'Mitch Rapp is a great character who always leaves the bad guys either very sorry for themselves or very dead.'