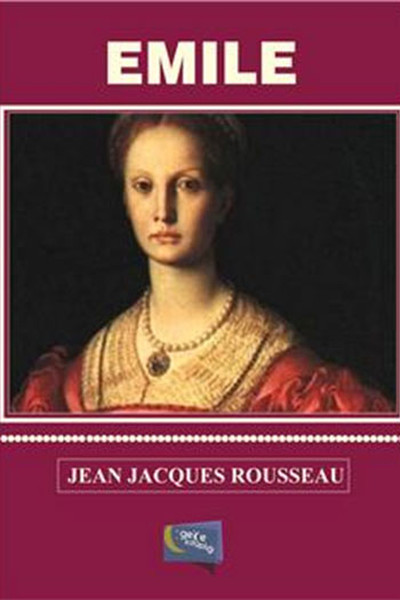 Emile, is a treatise on the nature of education and on the nature of man written by Jean-Jacques Rousseau, who considered it to be the "best and most important of all my writings". Due to a section of the book entitled "Profession of Faith of the Savoyard Vicar," Emile was banned in Paris and Geneva and was publicly burned in 1762, the year of its first publication. During the French Revolution, Emile served as the inspiration for what became a new national system of education. The work tackles fundamental political and philosophical questions about the relationship between the individual and society- how, in particular, the individual might retain what Rousseau saw as innate human goodness while remaining part of a corrupting collectivity. Its opening sentence: "Everything is good as it leaves the hands of the Author of things; everything degenerates in the hands of man." Rousseau seeks to describe a system of education that would enable the natural man he identifies in The Social Contract. God makes all things good; man meddles with them and they become evil. He forces one soil to yield the products of another, one tree to bear another`s fruit. He confuses and confounds time, place, and natural conditions. He mutilates his dog, his horse, and his slave. He destroys and defaces all things; he loves all that is deformed and monstrous; he will have nothing as nature made it, not even man himself, who must learn his paces like a saddle-horse, and be shaped to his master`s taste like the trees in his garden. Yet things would be worse without this education, and mankind cannotbe made by halves. Under existing conditions a man left to himself from birth would be more of a monster than the rest. Prejudice, authority, necessity, example, all the social conditions into which we are plunged, would stifle nature in him and put nothing in her place. She would be like a sapling chance sown in the midst of the highway, bent hither and thither and soon crushed by the passers-by.
(Tanıtım Bülteninden)