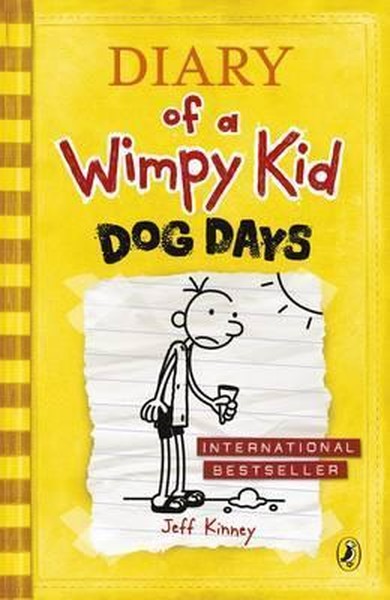 
Diary of a Wimpy Kid: Dog Days is the super funny fourth title in the highly-illustrated, bestselling and award-winning Diary of a Wimpy Kid series by Jeff Kinney. Perfect for both boys and girls of 8+, reluctant readers and all the millions of devoted Wimpy Kid fans out there. Dog Days is also a major motion picture and box office smash.

The fourth mega-selling instalment in the hilarious Diary of a Wimpy Kid series!

The way I like to spend my summer holidays is in front of the TV, playing video games with the curtains closed and the light turned off.

Unfortunately, Mom's idea of the perfect summer holiday is different from mine.

Greg's mom has a vision of "family togetherness" that really doesn't sound a whole lot of fun.

But there's a brand-new addition to the Heffley family to contend with and it looks like Greg might be outnumbered. It could be a real dog of a summer...